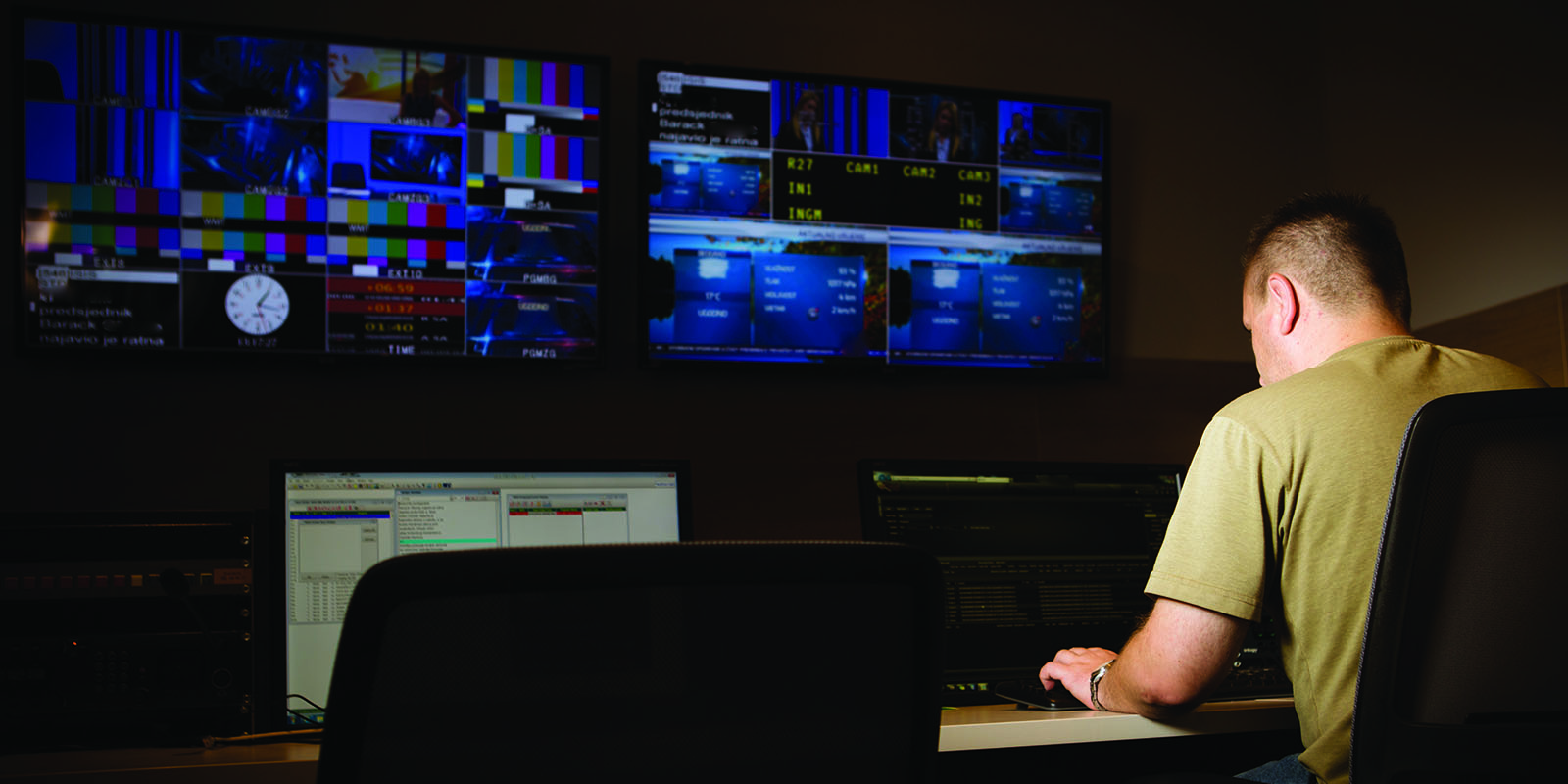 Studio 120 has been a provider of top-quality audio and video assessments for decades. The creation and development of education programs for schools has been a cornerstone of our business from the beginning. In the 1960’s, as EMC corporation, we were one of the first to produce reel to reel programs in Spanish for public schools, then film strips for classrooms. Today, in addition to creating media for digital books delivered via the Internet, Studio 120 creates audio and video files for testing programs, Interactive programs and state assessments in Sign Language (ASL and PSE). Partnering with various companies, we have produced many testing programs for the following state Departments of Education:
• Indiana
• Missouri
• Wyoming
• Minnesota
• South Carolina
• Louisiana
• Idaho
• Utah
• Hawaii

We also have experience in script writing and item development for assessments, converting test booklets into scripts usable for audio or video recording and delivery.

We record and produce many video assessments in ASL (American Sign Language) and PSE (Pidgin Signed English). Our experienced, professional signers are well trained in how to sign for testing programs. We record these tests on our own sound stage with state of the art cameras and lighting.

Our state-of-the-art studio is an acoustically designed environment that is ideally suited for many types of media projects. The recently constructed space, measuring 18 feet wide by 15 feet deep with a 12-foot high ceiling, was designed and built using the most up-to-date techniques in professional studio design and acoustic treatment. A variety of dynamic, condenser and ribbon microphones and a full complement of outboard compressor/limiters, equalizing and processing equipment are used to optimize quality and deliver outstanding soundtracks.

We can take your audio or video recording in any currently usable media format, including DVD, and create a clear, accurate, word for word script that can be used for editing, closed captioning, or any other purpose you may require.

We have excellent and long-standing relationships with many independent translators as well as excellent and experienced translation companies. We have created extensive audio and video projects in Spanish, German, French, French-Canadian, Dutch, Vietnamese, Somali, Hmong, Japanese, and Chinese. Our recording artists are native speakers with many years of translating, interpreting, studio directing and recording experience. Many are on-air radio talent, professors
or published scholars in their respective languages and cultures. The St. Paul-Minneapolis area is home to many prestigious universities with international scholars and students, among them Macalester College, Hamline University, Augsburg College and the University of Minnesota.
We also draw from an outstanding community of narrators, actors, musicians and singers. Our translation partners can translate to and from over 100 languages including Portuguese, Russian, Chinese, Greek, Arabic, Japanese, Dutch, Spanish and French. Project types range
from technical documentation for medical devices and industrial equipment to websites, software and marketing collateral.

We produce audio files for Internet and audio CDs to accompany a variety of language textbooks. Examples include:

We record audio for video presentations, offering the option to replace an English language soundtrack with one or more versions in other languages:

Star Thrower: Your Summit Awaits – A video in which the English soundtrack was redone in French-Canadian.

In addition to providing audio files for audio CD and MP3 programs, Studio 120 also designs programs that combine an audio soundtrack with a visual document such as a PDF file or an interface using Flash software. We have embedded thousands of MP3 sound files into full-color PDF book pages for children’s reading programs, with audio icons to click with a mouse to hear the text. Our capabilities in Flash allow highlighting of text and other interactive controls, which we have used in various book projects. Test programs are usually less elaborate, to ensure that all end users have no difficulty with navigation. We also offer Kurzweil 3000 file conversion, the production of signing videos, scripting and recording of audio versions of test instructions, and
creation of print-ready PDFs of instructions.

Studio 120 offers a variety of music services for client projects. One example:

SRA/McGraw Hill: Imagination, Songs & Sounds – A collection of children’s songs and sound effects used for an instructional program for Grade K students. We created all original music and backing tracks as well as vocal performances and print-ready scores.

Contact us to learn more or receive a quote today!

“You and the narrators from the recording sessions did such an incredible job. It has been an absolute joy working with you on our recorded books this year.”

“The recorded test materials are perfect.  Thanks to your Studio 120 teamfor their very fast response, their accurate work on this rush project, and for their help making sure the files meet our naming requirements.  It was a pleasure to work with you.”

“If anyone is looking for a reliable, thorough and attentive audio vendor, I strongly recommend soliciting a bid from Studio 120.  They definitely earned five out of five stars for the work they did on the Reading My Sidewalks audio text program.”

“Thank you for the great job you did scripting and recording these programs. You are the greatest!”

“Many thanks for your help in getting this large audio project done so soon.  Your company is so wonderful and it’s always such a pleasure to work with you.”

“We all appreciate your consistently accurate and high-quality work on our world language recordings, and are very happy with the range of voices you make available.”

The page you requested could not be found. Try refining your search, or use the navigation above to locate the post.

“I keep thinking about the video and I am absolutely speechless at the work that you and your people have done and put together. I wish I could find the words to thank you but that seems to be so insufficient in comparison to this video.”